A wildebeest is a type of antelope, and its population currently stands at 1.5 million as of 2020.

These horned mammals are known for being surprisingly active and energetic, and they are actually incredibly fast. 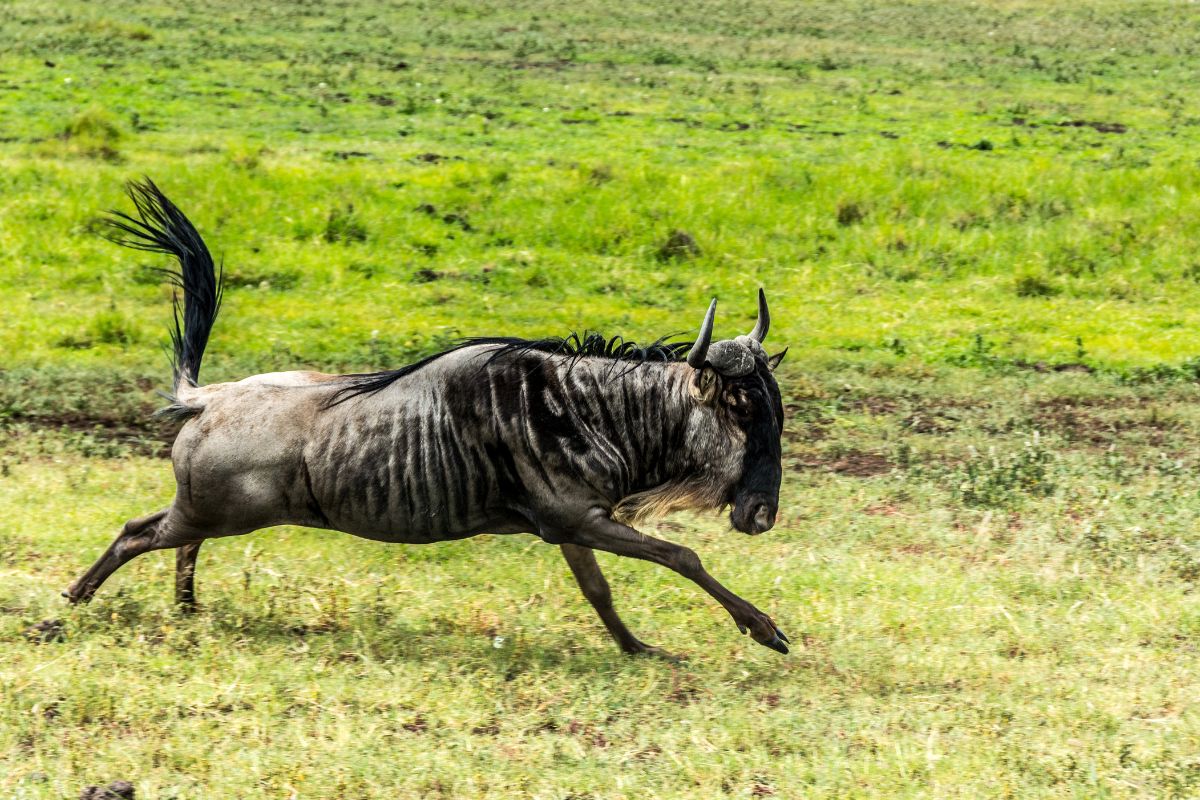 This guide will tell you everything you need to know about the wildebeest and how fast they can really run. Do you want to see these incredible animals yourself or do you want to experience The Great Migration? Have a look at our Tanzania Safari packages.

The wildebeest’s proportions are off. The animal’s legs and back are slender, but its front end is heavy.

The wildebeest has broad shoulders and a rectangular-shaped head. Its wide forequarters, which are padded with thick muscles, are complemented by a massive muzzle.

Others are more of a blue-gray color, while others have a light gray brush. Gray-brown wildebeests have the deepest coloring.

Dark brown stripes running vertically across their bodies are visible on their shoulders.

A thick, long, black mane is present on wildebeests. They have a long, either black or light, beard on their neck.

Wildebeests also have horns that curl away from their heads. The horns of a male wildebeest are twice as large as those of a female.

The horns of a male wildebeest are 33 inches long, while those of a female range in length from 12 to 16 inches.

Normally, the blue wildebeest reaches a height of 4 1/2 feet. Additionally, they can weigh up to 600 pounds.

In grassy plains and woods, wildebeest live. Most of them reside in diverse regions of Eastern Africa.

The wildebeest also reside close to the South African Orange River in the southern region of Africa.

The Acacia savannas are where this animal chooses to spend most of its time.

Due to the soil’s wetness, the grass grows swiftly and is excellent for finding plenty of grass to eat while grazing.

Although wildebeest often coexist with one another, they have also been observed sharing temporary residences with zebras they come across on the plains.

This is so that wildebeest can reach the grass underneath, which is why zebras nibble away at the top layer of grass.

Wildebeest are perpetual travelers because of their diet. They are continuously on the lookout for grass and water, which they consume twice daily.

When it’s dry out, they graze on new grass before making their way back home before the rainy season starts. 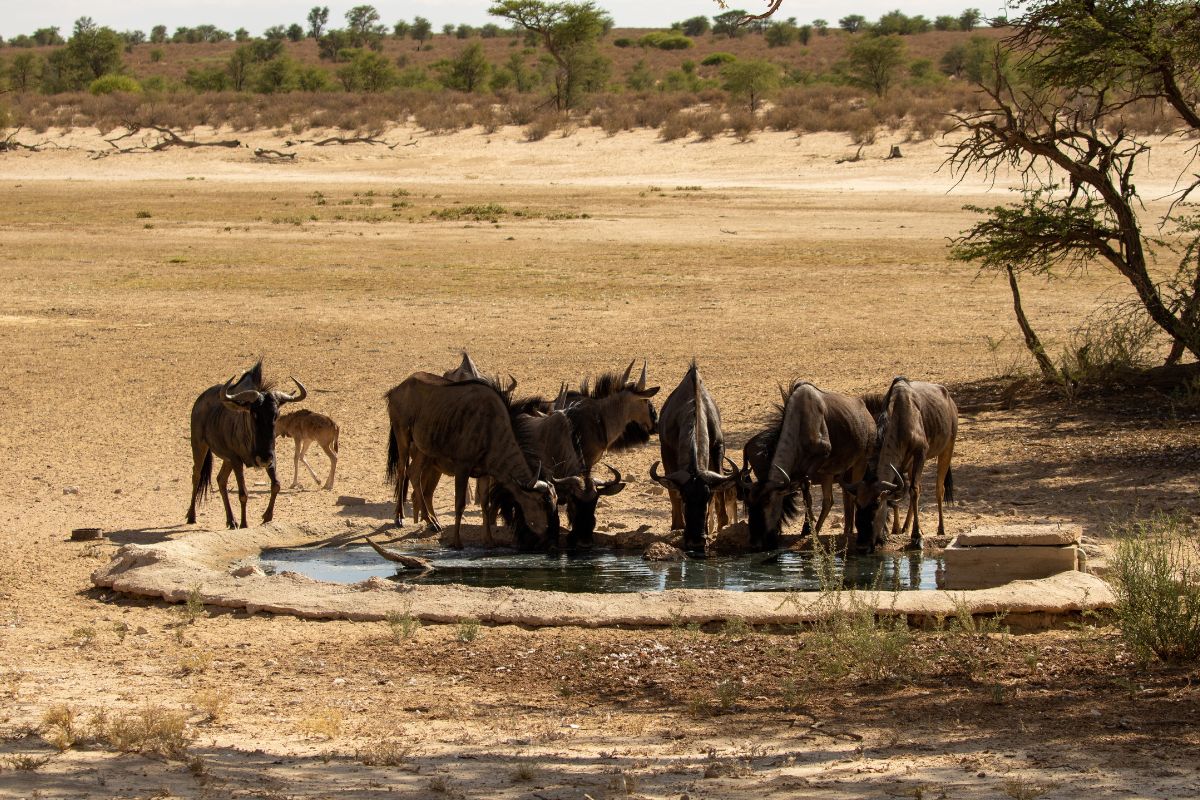 They return to the area and resume grazing after the rainy season is over.

The broad mouth of the wildebeest allows them to consume large amounts of grass quickly. When grass is scarce, they look for food in trees and shrubs.

A wildebeest’s vulnerability to its prey increases with size. A herd of wildebeest will assemble and start trampling the ground to defend itself.

To let the herd know they are in danger, they also make loud noises to attract attention.

The fragmentation of the wildebeest’s habitat is another danger.

World wildebeest populations are coming under more and more threat as agriculture and civilization advance and some regions’ water supplies continue to dry up.

They are not in enough danger to be categorized as endangered despite some of these difficulties.

While wildebeest populations across the globe have been steadily declining, they have been growing in the Serengeti in recent years.

Only conservation efforts will be able to keep the wildebeest from going extinct.

How Fast Can A Wildebeest Run?

The blue wildebeest is a very wary creature and easily startled. This is due to the fact that they are prey for many apex predators across Africa, including cheetahs and lions. 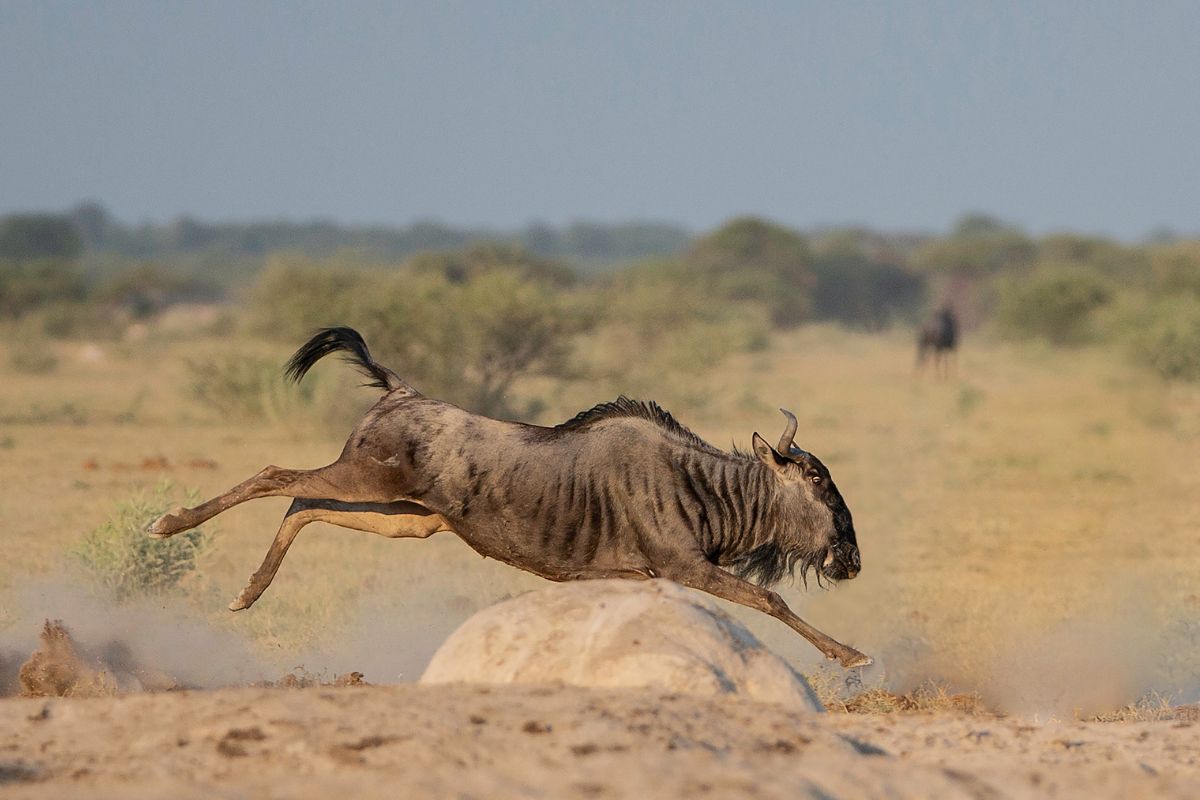 When threatened, wildebeests can use their surprisingly incredible speed to escape capture by predators.

A wildebeest can reach top speeds of 80 kilometers per hour, or 50 miles per hour.

As well as being extremely fast, they also have great endurance, which they use to migrate over long distances.

This is also a key trait when escaping predators like cheetahs. While a cheetah can outrun a wildebeest, it can only run quickly in short bursts. So, with a running start, a wildebeest is able to escape its grasp.

Can A wildebeest Outrun A Lion?

A wildebeest can run up to 80 kilometers per hour, which is a similar speed to that of a lion. Therefore, a wildebeest could outrun a lion, but it is fairly close.

What Is The Fastest African Land Mammal?

While a wildebeest is extremely fast, an East African cheetah is faster. They can reach speeds of up to 70 miles per hour, or 112 kilometers per hour.

Despite the cheetah’s speed, it is possible for a wildebeest to escape a hunting cheetah, as it has significantly lower endurance.

How Far Do Wildebeests Migrate?

Wildebeests usually migrate in herds to find accessible food and drinking water. At the end of the rainy season, wildebeests will begin a large migration.

On average, a herd of wildebeests travels 1,800 miles, or almost 30,000 kilometers, during a migration.

While wildebeests look like aggressive animals, they are actually extremely docile but quite skittish.

They only act aggressively during mating season, when males will fight against each other to win over a female in order to breed.

Why Are Wildebeests Important To The Earth’s Ecosystem?

In a complex chain of life that includes plants, animals, predators, and prey, wildebeest play an important role.

Their waste serves as fertilizer for the various places they travel to, and they serve as a crucial source of food for carnivores like lions and hyenas.

Wildebeests are incredible creatures that are actually among the fastest land mammals in the world.

Despite their thick, stocky appearance, they have amazing endurance and can reach high speeds when threatened by apex predators.

Their speed and endurance aid them tremendously during periods of migration and protect them against carnivores. 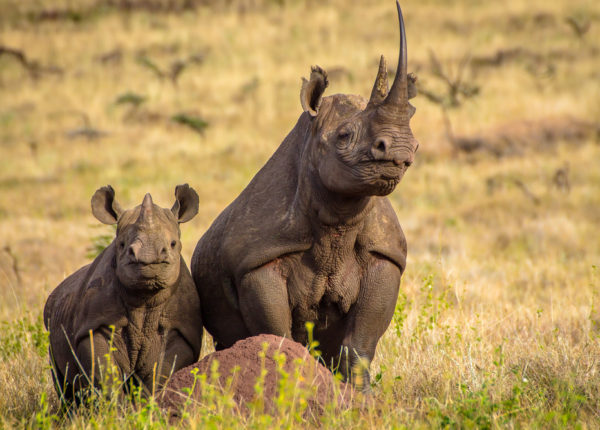 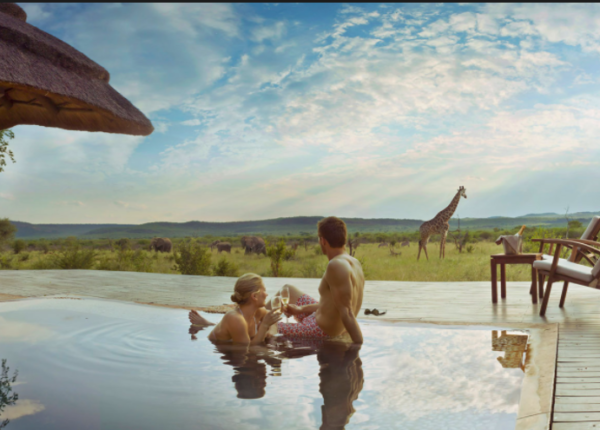 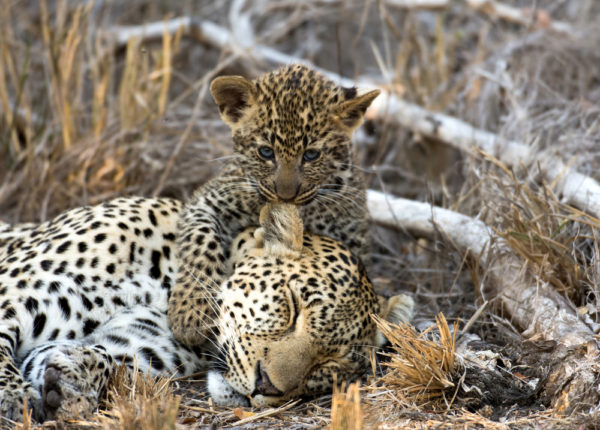 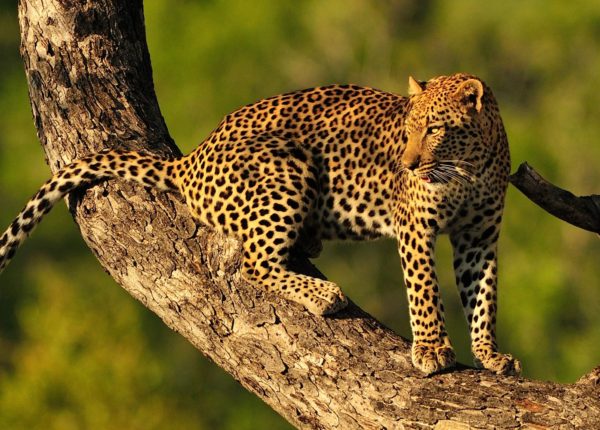 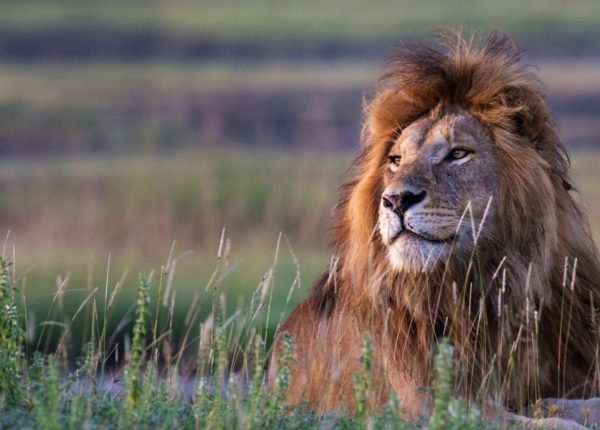