Saadani is a small national park between Dar es Salaam and Tanga. Its location is special because it is on the coast, allowing you to observe wildlife in a unique environment. This is the only national park on the coast of East Africa. It offers a variety of landscapes and wildlife!

Saadani is a national park that is often overlooked. Its location is special because it is on the coast, because it is the only national park where you can combine an adventure safari with a relaxing stay at beautiful white beaches with many palm trees. It is allowing you to observe wildlife in a unique environment. Saadani is the only national park on the coast of East Africa. It is where the beach meets the bush – the only wildlife sanctuary in East Africa to boast for an Indian Ocean beachfront.

It as well possesses all the attributes that make Tanzania’s tropical coastline and islands very popular with European sun-worshipers. Yet it is also the one place where those idle hours of sunbathing might be interrupted by an elephant strolling past. Or a lion coming to drink at the nearby waterhole! It offers a variety of landscapes: mangroves, large coral reefs, sea and beach with many palm trees, savannah and cotton fields.

Wildlife in Saadani national park includes four of the Big Five. Although it is very hard to spot them, because the numbers are low and the animals are usually hiding. Because this park is located next to the local villages and animals try to avoid interaction with local people. As they see them as their enemies.

You can also find a population of Masai giraffes. And you find Lichtenstein’s hartebeest, common waterbucks and bohor reedbucks, blue wildebeests, common and red duikers, Dik-Diks. Others are yellow baboons, vervet and blue sykes monkeys as well as Colobus and White-bearded emperor tamarin monkeys, mongooses, genets and porcupines. And also greater kudus, elands, sable antelopes, warthogs, hippos, crocodiles and nile monitors live in Saadani national park. African bush elephants, lions and leopards are a bit more shy here. But with a bit of luck you might spot them too! You can see herds of up to 30 elephants with increased frequency. And several lion prides are inhabitants, together with leopards, spotted hyenas and black-backed jackals.

Since 2005, the protected area is considered a Lion Conservation Unit. The Wami River is home to the beautiful mangrove kingfisher and lesser flamingo. And the beaches form one of the last major green turtle breeding sites on mainland Tanzania.

Be aware that below animals do live in Saadani, but take in consideration that they are hard to find. The experience is different from the Northern National parks with a very high population of animals. 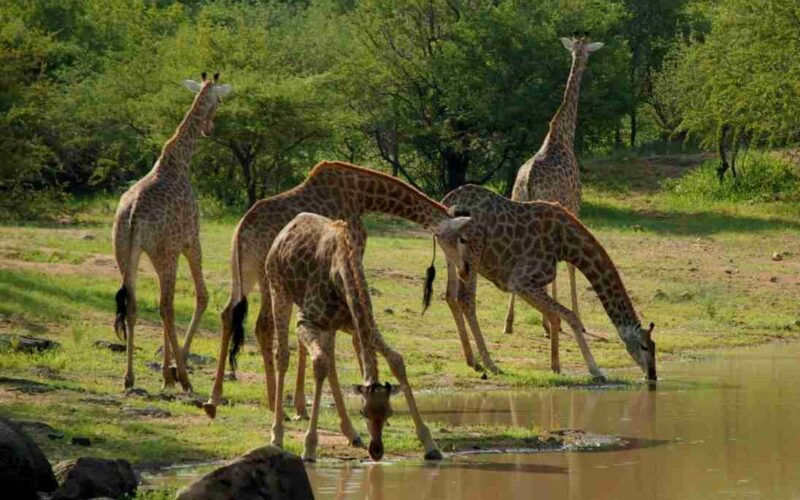 In Saadani National Park you can go on a boat safari on the mangrove-lined Wami River, where you can see hippos, huge crocodiles and beautiful mangrove kingfisher and lesser flamingo.

For another nice activity you can do here is a walking safari. Here you walk through the park with an armed ranger.

Or visit Saadani fishing village, which lies within the reserve, where a collection of ruins pays testament to its 19th century heyday as a major trading port.

Off the coast of the national park is a sand bank which you can visit by boat to go snorkeling, swimming, relaxing and enjoying the tropical environment. The sand bank is only accessible during low tide, so your trip should happen during this time.

My name is Wilfred and I am a guide in Saadani National Park for 9 years. Our guests mainly like this park due to its proximity to the ocean. This unique combination of beach holiday and exciting safari game drives is what they enjoy most as they find all in one location! The abundance of animals and boats tours make for unforgettable memories.

The best time for watching wildlife in Saadani is after the rains, in January and February, and from June to August, when there is still plenty of water on the plains and wildlife stays within the park.

Avoid the rainy season in April-May and November.

Some trips to this park: