Mkomazi National Park has a truly spectacular wilderness! It provides a common base for migratory herds and has a classic arid area. A visit of the Rhino Sanctuary gives you the chance to see the endangered black rhino!

Mkomazi National Park is a magnificent national park in northern Tanzania. Remote and originally difficult to reach, it was founded in 1951. It never received the needed financial support like the other parks. And its true importance was only recognized in 1989.

Today Mkomazi National Park is easily accessible and is a truly spectacular wilderness! In the northwest, you can see Kilimanjaro, Africa’s highest mountain. And in the south the Pare and Usambara mountains create a dramatic backdrop. To the north, Kenya’s Tsavo National Park borders the Mkomazi National Park. These two parks form one of the largest and most important protected ecosystems. They provide a common base for herds of elephants, oryx and zebras. Mkomazi is located on the southern tip of the Sahel. It has a classic arid area with gray-green nyika bush, old baobab trees, and isolated rocky hills. In other places the scrub seas give way to savannah forests with umbrella acacias and mbugas – flat grassland valleys.

Mkomazi national park has a thinly populated and quite skittish wildlife. It is typical for the dry landscape: giraffes, antelopes, small kudu, impala and Grant’s gazelle. They share the park with elephants, buffalo and numerous predators, including lion, leopard and cheetah. And with some luck you can also spot other animals like dik diks, zebras, wildebeests, eland and topi regularly on a game drive. Visitors can see a total of 78 species of recorded mammals living here.

Birds in the national park

The park has over 400 registered bird species in total. Among them northern dry-country specials such as Shelley’s starling and three-streaked tchagra. This makes it a fantastic place for bird watchers! Also Hornbills, weaver birds, guinea fowl, martial eagles and the purple eurasian hoopoe are habitants of the park. Mkomazi national park is also the only place in Tanzania where you are likely to see the striking vulturine guineafowl. Quite common, large birds on the grassy plains are ostrich, kori bustard, secretary bird and southern ground hornbill. In addition, migratory species such as European roller are present from November until April. 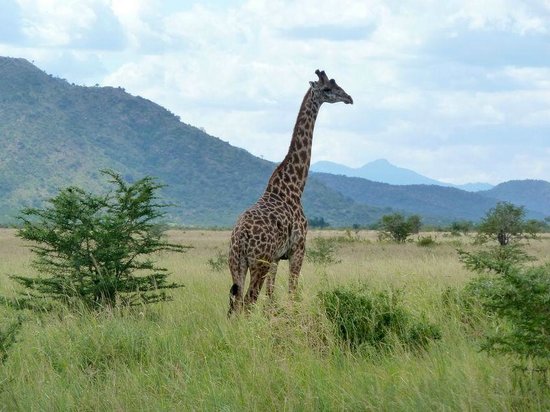 In 1989, the Tanzanian government invited the George Adamson Wildlife Preservation Trust to together and as a result the endangered black rhino was introduced into a heavily protected, fenced area in the park: the Mkomazi Rhino Sanctuary.

During the rhino poaching crisis, “protecting the fortresses” plays an important role. However, winning the hearts and minds of local communities is also critical to ensure that Mkomazi never sees a mass extinction of its rhino population again. In 2012, Prince William visited Mkomazi National Park to learn more about conservation efforts at the front lines of a Tanzanian national park.

The Mkomazi Rhino Sanctuary is working to build a viable breeding population of 50 black rhinos, whose offspring will be used to strengthen the existing populations in Tanzania. The rhinos in the Mkomazi Rhino Sanctuary make up nearly 30% of the total black rhinoceros population in Tanzania. This makes the Mkomazi rhinos incredibly important, not only for the country, but also for the future of this fragile species. During his stay in Mkomazi, Prince William also attended the Mkomazi educational initiative in Rafiki Wa Faru, where children from 14 local villages learn all about rhinos and other wildlife in the hope that the Mkomazi rhino population will never be wiped out by poachers again.

My name is Samuel and I am a guide at Mkomazi National Park for 15 years. Most of our guests are surprise how beautiful the landscape is and are happy to spot some animals. A great trip is a visit of the rhino sanctuary. I recommend that! 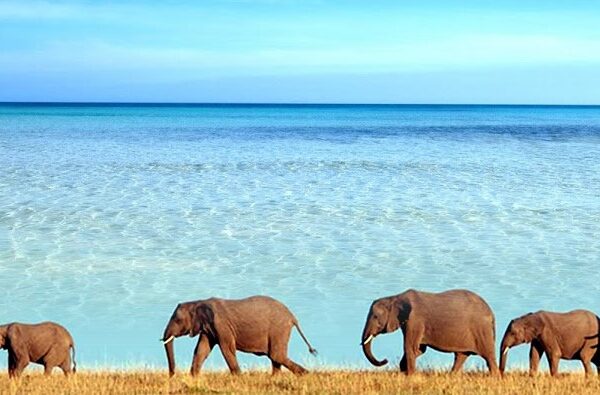