Mikumi National Park is one of the southern national parks in Tanzania and borders Selous Game Reserve. Its abundant wildlife draws frequent comparisons to the famous Serengeti. The chance that you will encounter lions climbing trees here is greater than in other parks!

Mikumi National Park is one of the southern national park in Tanzania. Its open horizons and abundant wildlife draws frequent comparisons to the more famous Serengeti Plains. The park borders the Selous Game Reserve to the south and the two areas form a unique ecosystem. The chance that you will encounter lions climbing trees here is greater than in other parks!

Wildlife in the Mikumi National Park

The park has a great variety of animals and most visitors come to this National Park aiming to spot the ‘Big Five’ – cheetah, lion, elephant, buffalo and rhino. It’s a great place for a Tanzania vacation, you will enjoy it! Hippos live in a pair of mud pools and are one of the highlights. These are situated 5 km north of the main entrance gate. They are supported by an ever-changing cast of water-birds.

The Mkata Foodplain is a wide area in Mikumi National Park that is very good for wildlife viewing. Lions survey their grassy kingdom – and the zebra, wildebeest, impala and buffalo herds that migrate across it – from the flattened tops of termite mounds, or sometimes during the rains, from perches high in the trees. Giraffes forage in the isolated acacia stands that fringe the Mkata River, islets of shade favoured also by Mikumi’s elephants. Mkata Foodplain is perhaps the most reliable place in Tanzania for sightings of the powerful eland, the world’s largest antelope. The equally impressive greater kudu and sable antelope haunt the miombo-covered foothills of the mountains that rise from Mikumi National Park’s borders.

Mikumi is a good place for bird lovers as it is also home to more than 400 different species of birds! 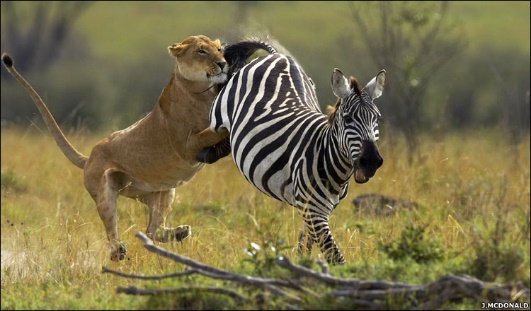 Since the completion of the paved road connecting the park gate with Dar es Salaam, Mikumi National Park has become easily accessable for safaris as it only takes a four hour drive from Dar Es Salaam.

My name is Aaron and I am a guide at Mikumi National Park for 10 years. In Mikumi you can spot the Big 5, although they are a bit harder to find than in the northern parks. Most of our guests are impressed with the hippos and birds.

Some tips on when and how you can best be /get there:

Hotels in Mikumi are more basic compared with other national parks. But taking this in consideration, I would recommend: