Lake Eyasi is a seasonal shallow salt lake on the floor of the Great Rift which attracts hippos that like to cool off in its brackish waters. The area is home to the Hadzabe bushmen that will take you on a hunt. It is also a great place for bird lovers to spot flamingos, great white pelicans and many more.

Lake Eyasi is a seasonal shallow endorheic salt lake on the floor of the Great Rift Valley. It is in northern Tanzania, south of the Ngorongoro highlands. You will have plenty of time to enjoy this tranquil environment and to absorb its natural setting. This large lake lays hight above sea level. In contrast to the savannah and arid plains of  northern national parks, Lake Eyasi offers tall palm trees along its shores.

Wildlife around the Lake

Lake Eyasi doesn’t attract big-game wildlife populations as seen in the neighbouring parks and conservation areas, you won’t see the big five here. The lake is a birdwatchers dream due to the many resident species of birds found here. The shallow waters support a huge diversity of breeding waterbirds from June to November. The main attraction are the large populations of flamingos and great white pelicans. Africa spoonbill, Fischer’s lovebird, gray headed gulls, pied avocet, spurfowl, stork, barbet, weaver and many more birds can be found around the shores of Lake Eyasi.

Another great sighting are the many hippos at Lake Eyasi. The lake is providing them a place to avoid the hot sun during daytime. They are known to come and cool off in its brackish waters when the lake is full. A number of other wildlife species frequent the springs in the surrounding region.

The Hadzabe bushmen live in the region around the lake. They are one of the few remaining tribes that still live the same way like they did hundreds of years ago. A visit with the bushmen is worthwhile! They subsist entirely of the bush and by bow hunting. The Hazabe Bushmen are one of the last remaining hunter-gatherers in Africa and live solely on the land. Just as in the Stone Age, like our ancestors did for thousands of years. 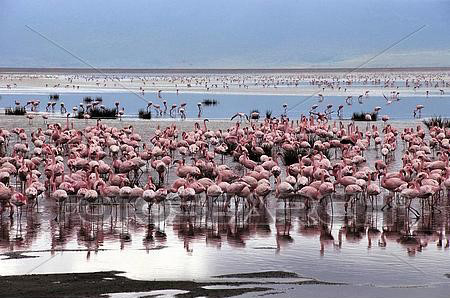 The Hadzabe bushmen live in the region around Lake Eyasi. You can also find the Datoga and Mbulu tribes here. A visit with the bushmen is worthwhile and they will graciously show you where and how they live and hunt. They subsist entirely of the bush and by bow hunting. The Hazabe Bushmen are one of the last remaining hunter-gatherers in Africa and live solely on the land. Just as in the Stone Age, like our ancestors did for thousands of years.

Experience the culture, habitat and way of life of the Hadzabe Bushmen first hand on this cultural activity. You go with the Bushman on a hunting trip around Lake Eyasi early in the morning. Learn how they make fire and prepare their food. In the afternoon you will visit a market where Hadzabe trade their honey, fruits and other things for knives, arrows and spears that the Datoga silversmith’s make. This cultural activity is absolutely a memorable experience and worth the extra time.

My name is Richard and I am a safari guide for 11 years at Lake Eyasi.
The Lake doesn’t attract many animals, but our clients enjoy the hippos and of course the flamingos. Many guest take part in hunting and learn some interesting skills from the Hadzabe.

Which hotel? Our guests like Lake Eyasi Safari Lodge due friendly staff and the stunning views.

The lake can be visited all year round. Lake Eyasi experiences a dry season from June to October and two rainy seasons which transform the landscape into a lush expanse of grasses. The short rains occur in November and December with sporadic showers and the longer rains occur from middle of March to May. Walking trails and roads will be effected by heavy rains, so it might impact the ease of for your travel.