Mwanza is the busiest and second largest city after Dar Es Salaam. It is located at Lake Victoria where you can see the beautiful Bismarck Rock in the water – Mwanza’s famous landmark. Mwanza’s town center has many historical buildings and shops. It is also a great stop on the way to Rubondo Island National Park, or as a finishing point from safari.

Mwanza is a port city on the shore of Lake Victoria, in north-western Tanzania. It is the busiest and second largest city after Dar Es Salaam. Since it is located on Lake Victoria, the fishing industry is an important part of the economy. On the lake itself you can see the beautiful Bismarck Rock in the water; a very impressive scene. The Bismarck Rock is Mwanza’s icon and is a precariously balanced boulder atop the lovely jumble of rocks in the lake next to the Kamanga ferry pier. Hence Mwanza’s nickname “Rock City”.

Mwanza is surrounded by hills strewn with enormous boulders. Despite its rapidly rising skyline, Mwanza manages to retain a casual feel. In addition to being a stop on the way to Rubondo Island National Park, Mwanza is a great starting or finishing point to or from safaris through the Serengeti.

Lake Victoria was named after Queen Victoria by the explorer John Hanning Speke and with a surface area of approximately 59,947 km², Lake Victoria is Africa’s largest lake by area, the world’s largest tropical lake, and the world’s second largest fresh water lake by surface area. The lake has a maximum depth of between 80 and 84 metres. The lake includes many species of fish that appear nowhere else, especially cichlids. Invasive fish, such as the Nile perch, have driven many endemic species to extinction.

Rubondo Island National Park is one of two Tanzanian national parks on an island. It is located in the south-western corner of Lake Victoria, about 150 km west of Mwanza. The main island, Rubondo is 237 km2 in size and the habitat is mixed evergreen and semideciduous forest. Rubondo Island became a game reserve in 1965, to provide a sanctuary for animals and is uninhabited. It can be reached by park boat and accommodation on the island includes the park bandas. 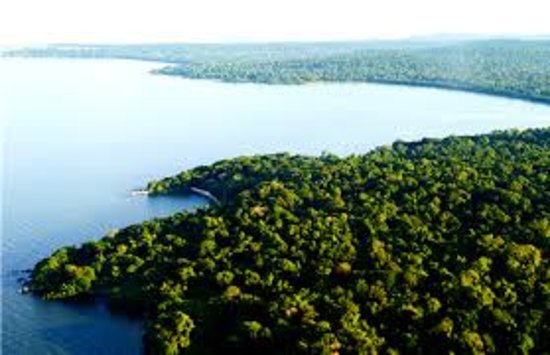 Mwanza can be reached by car from the Serengeti national park in 5 hrs. It is also served by a regional airport.

My name is Edgar and I am a guide in Mwanza for 11 years. Our really enjoy Mwanza as it offers something for everyone’s taste. One can relax on the waterfront and watch the famous Bismarck Rock or go on a sightseeing trip to old town. I get many guest coming here after safari and some continue to Rubondo Island national park.

How long to stay? 2 days is best to see the city