Masai Mara National Game Reserve is located in the Great Rift Valley in Kenya. It is known as a top destination to witness the great annual wildebeest’s migration/river crossing. Between mid September until mid October it is the best time to visit Masai Mara.  Other moments of the year it will be better to bring a visit to Serengeti in order to have the maximum wildlife experience and to see the 2.5 million migrating animals! You have a good chance to see the Big Five as well as cheetahs, hyenas, hippos, crocodiles, and many more. Masai Mara is a bit more crowded with tourists compared to Serengeti.

The Masai Mara National Reserve is located in the Great Rift Valley in Kenya in mainly open grassland. It borders the Serengeti National Park and together they form Africa’s best known wonder – the annual great migration. They chose the name “Masai Mara” to honor the Maasai people.

Meet the Maasai tribe in the Masai Mara

The Maasaiare living in this area since they migrated here from the Nile Basin long time ago. Their description of the area is “Mara” which means “spotted” in the local Maasai language. The naming is due to the many short bushy trees you will see when you drive throught the park as they dot the landscape. To see how the Maasai tribe lives, you can visit a village in the Masai Mara.

The National Reserve is home to more than 95 animal species and over 400 species of birds. The wildlife has usually been based on the escarpment of the reserve. Between mid September and mid October it is the best time to visit Masai Mara to see the great migration of wildebeest, zebra, gazelle, antelope and impala. By that time they have most likely crossed over from the Tanzanian side of the park Serengeti. This annual wildebeest’s migration alone involves over 2.5 million animals. The animals are crossing the dangerous Mara in herds of thousands of animals in order to find fresh grass on the other side. Crocodiles are already waiting in the waters. This is an exciting spectacle you shouldn’t miss!

Visitors come to the Masai Mara Triangle because it is one of the best destinations in the world to spot wildlife. The mara river runs through the Mara Triangle.  It is the first area the great migration will reach in the Masai Mara. You have an excellent chance to see many more animals here. The famous big five – elefant, lion, leopard, rhino and buffalo – are habitants of the Masai Mara. And with a bit of luck you can see cheetah, serval, hyena, bat-eared foxes, black-backed and side-striped jackals. The Mara Triangle is also home to hippos and crocodiles, baboons, warthog, topi, eland, Thomson’s gazelle, Grant’s gazelle, impala, waterbuck, oribi, reed-buck, zebra and many more. 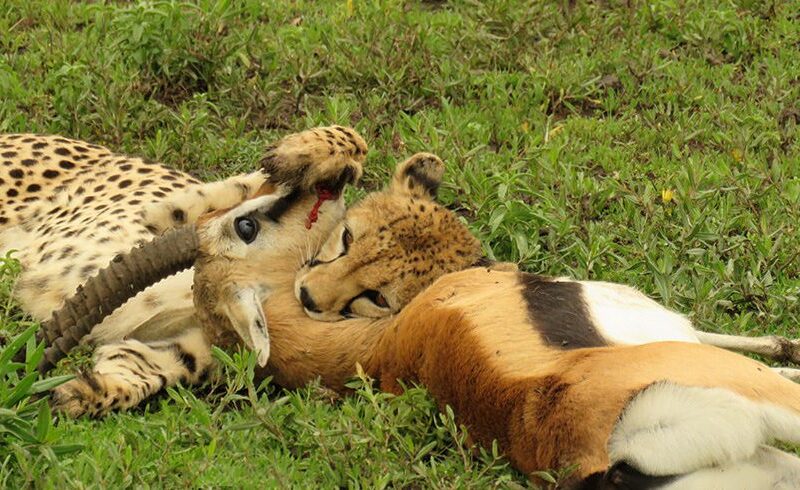 Although every year is different, and there are no guarantees about the way the great migration moves, there is a certain pattern that we can see:

The Masai Mara is only a 45 minutes flight away from Kenya’s capital Nairobi. There are several airstrips which are serving the different areas of the Masai Mara.

It is not easy to reach Masai Mara from Tanzania because there is no custom office nearby.

In the dry season from June to November and February and March, temperatures can be high during the day (30°C). In the rainy season from November through May, with peak rainfall in December-January and April-May, temperatures often drop to 20°C. It normally doesn’t rain throughout the day as one sees sunny mornings with rain clouds building up towards the afternoons and evenings.

We recommend to visit the Masai Mara between mid September and mid October, during the great migration. This is the only time that it offers added value, compared with Serengeti. 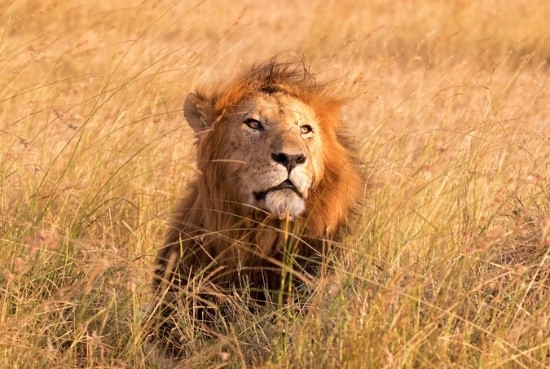