The Kitulo National Park, also known as the “Garden of God”, is one of the leading nature reserves in Africa and consists of mountain meadows and forests on the Kitulo Plateau in the southern highlands of Tanzania. The plateau, known by botanists as the “Serengeti of Flowers”, is home to one of the largest flower deposits in the world.

Some people call Kitulo National Park the “Garden of God”. It is one of the leading nature reserves in Africa and has mountain meadows and forests. The Kitulo Plateau is located in the southern highlands of Tanzania. It is the first national park in tropical Africa that was established primarily to protect its flora. This park is the reason why true nature lovers especially make a Tanzania travel.

Flora in the national park

Botanists call the Kitulo Plateau the “Serengeti of Flowers” because it is home to one of the largest flower deposits in the world. In total around 400 plant species live in the montane grasslands. The plateau has more than 45 species of orchids, geophytes, aloes, proteas, geraniums, giant lobelia, lilies and aster daisies and other afro-alpine plants. These mountain meadows are florishing during the rainy season from November to April. You can find many species only in the Kipengere Mountains and the nearby highlands. Brachystelma kituloensis, Impatiens rosulata, and Pterygodium Ukingense can only be found in the Kitulo National Park.

Internationally, the flower trade in orchids is large. However, the threat to Kitulo’s orchids came from a different source. In the culture of many ethnic groups the harvest of orchid bulbs for food has a long history. They prepare a dish, known as Chikanda or Kinaka, which is similar to a meatless sausage. After the harvest, they dry the tubers. Then they beat and cook them. Originally a rural delicacy, it was eaten more often in increasing quantities and the gathering of orchids for commercial purposes grew dramatically. This trade was a serious risk to orchids in the southern highlands. Because of it, the plateau became a protected national park. Many visitors also come to Kitulo Plateau national park because  its vast abundance of wildflowers, birds, and grass-eating mammals.

Except for a few mountain reedbucks and eland, the occurrence of large animals in Kitulo is not very large. But plants, birds and butterflies make up for life in the park. The rare chimpanzee, blue swallow, red chalk hawk, njembe stalksinger, kipengere seed eater, steppe harrier, zebra, kipunji monkey, chameleon, lizards, frogs, spiders and other small insects are native to the park. 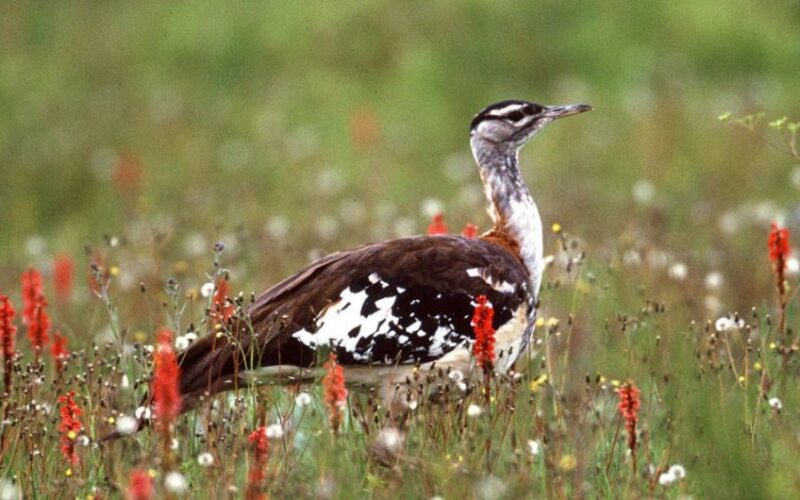 It is possible to take a nice hike, as the park provides great opportunities to take close-up pictures of the magnificent flora and to watch birds from close.

Kitulo is best reached from Mbeya. It only takes a 1.5 hrs drive.

My name is Hamisi and I am a guide in Kitulo Plateau National Park since 9 years. Our guests mainly like this park due to the abundance of of flowers and orchids. When they florish on the slopes the plateau looks like a beautiful colourful carpet!

Travelers should plan to visit Kitulo during the months of December through April. This is the rainy season for most of Tanzania, but it is the best time to visit Kitulo Plateau National Park for experiencing the abundance and array of flora.